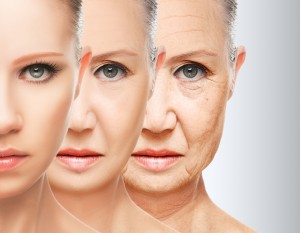 Unfortunately, many doctors are unaware of these natural bio-identical hormones. Since natural hormones can not be patented, manufacturers lack financial incentive to fund research and development costs to commercially market these substances, and physicians receive little information on bio-identical progesterone, estriol, estradiol, estrone, and androgens.

Women are no longer willing to accept the risks associated with synthetic hormones, and are searching for safer alternatives. New research is continually emerging. Millions of women are now benefiting from bio-identical estrogens, progesterone, and androgens.

Various dosage forms can be compounded to meet the specific needs of each woman, including:

Many women will experience the following hormone related problems: osteoporosis, endometriosis, PMS, premenopausal symptoms, weight gain, low libido, fibrocystic breasts. Today, millions of women concerned about aging must decide whether or not to undergo synthetic hormone replacement therapy – and suffer the associated side effects and increased risks of stroke and cancer. As we consider the benefit to risk ratio, we must take into account new evidence and ongoing research about alternatives to traditional therapy.

Progesterone
A large government sponsored study of cardiovascular risk factors in women taking various estrogen/progestin replacement regimens was published in the Journal of the American Medical Association. Referred to as the PEPI Trial, it confirmed the fact that synthetic progestins partially negate the beneficial effects on cholesterol levels that result from taking estrogen. Natural progesterone, on the other hand, maintains the benefits of estrogen on cholesterol while minimizing the side effects associated with synthetic progestins ( such as fluid retention, irritability and depression).

The role of natural progesterone as a bone-trophic hormone has also received considerable attention. If low estrogen is the major hormonal factor in osteoporosis in women, then why does significant bone loss occur during the 10 to15 years before menopause, when estrogen levels are still normal? It is well accepted that estrogen deficiency causes postmenopausal osteoporosis and that a benefit of estrogen replacement is decreased bone resorption. However, increased resorption, which occurs after menopause, will not cause a net loss of bone if formation is equally increased. Jerilynn Prior, M.D., of the University of British Colombia in Vancouver, measured estrogen and progesterone levels in female marathon runners who had osteoporosis. She found that they developed osteoporosis when their estrogen levels were still high. However, they had stopped ovulating (common in female athletes) and progesterone levels had fallen, triggering the onset of osteoporosis. Dr. Prior has presented evidence that there are progesterone receptors in osteoblasts which mediate new bone formation.

In Natural Progesterone, John R. Lee, M.D. discussed various benefits of natural progesterone. For example, to reverse osteoporosis, Dr. Lee prescribed natural progesterone cream, a diet rich in vegetables and grains to serve as a source of calcium and magnesium for bone mineralization, mineral and vitamin supplements, and modest exercise. To monitor the success of this regimen, Dr. Lee conducted a study of 100 postmenopausal women ages 38 to 83. Bone mineral density (a measure of osteoporosis) was monitored. Dr. Lee observed an increase in BMD of 15% (indicating reversal of osteoporosis). Therapy produced relief of bone pain, increased physical activity, height stabilization, and fracture prevention. The benefits of progesterone were independent of age, time from menopause, or estrogen use.

Estrogens
Estrogen is not one hormone, but a group of similar hormones with varying degrees of activity. The three most important hormones of this class are estrone (E1), estradiol (E2), and estriol (E3). Estradiol is the primary estrogen produced by the ovary, and estrone is formed by conversion of estradiol. Estrone is thought to be the estrogen primarily responsible for breast cancer. Estriol is produced in very large amounts during pregnancy and is proven to be protective against breast cancer. High levels of estriol are found in vegetarians and Asian women, who have a much lower risk of breast cancer. As far back as 1978, in the Journal of the American Medical Association, Dr. Alvin Follingstad advocated the use of the safer form of estrogen, estriol. He reported that 37% of postmenopausal women with metastatic breast cancer who received small doses of estriol had experienced remission or arrest of the metastatic tumors.

Alan R. Gaby, M.D. noted that “estriol has several other advantages over the commonly used forms of estrogen. Because estriol produces very little endometrial proliferation, it rarely causes postmenopausal vaginal bleeding…[and therefore may reduce the need for] diagnostic D&C’s and sometimes even unnecessary hysterectomies.” Estriol may also be more effective at lowering the risk of blood clots in the veins or lungs when compared with other estrogens. New regimens have been developed that use bio-identical estriol and other naturally occurring estrogens in a properly balanced ratio.

Despite all evidence indicating that it is not optimal therapy, the most popular form of estrogen replacement in menopausal women remains conjugated estrogens (containing many estrogens that are natural to horses, but few that are natural to humans). In the intestinal tract, these are converted mostly into estrone, the hormone that has been implicated in breast cancer. Synthetic ethinyl estradiol, commonly used in estrogen supplements and contraceptives, also presents a significant risk due to its high oral absorption and slow metabolism and elimination. Quoting Dr. Lee, “ Since this factor of slow metabolism and excretion is true of all synthetic estrogens, one would think that, in all cases of estrogen supplementation, the natural hormones would be superior…Estriol is the most active on the vagina, cervix and vulva. In cases of postmenopausal vaginal dryness and atrophy [tissue breakdown] which predisposes a woman to vaginitis and cystitis [bladder infection], estriol supplementation would theoretically be the most effective and safest estrogen to use.”

Androgens
In some cases, it is necessary to consider the addition of the androgens testosterone or DHEA (dehydroepiandrosterone) to a woman’s hormone replacement regimen. Often thought of as a male hormone, testosterone is also produced by the female ovaries and is essential to normal sexual development. Testosterone plays an important role in maintaining sexual desire, as well as the strength and integrity of skin, muscle and bone.

As a woman enters the transitions of menopause, circulating androgens begin to decrease as a result of age-related reductions in adrenal and ovarian secretion. After menopause, a woman’s total testosterone production decreases by as much as 50%. It is possible to supplement a woman’s testosterone deficiency with the same natural hormones she has produced most of her life. Synthetic hormones with even the slightest alterations can produce side effects not found with natural hormones.

Reach Out to us Today!